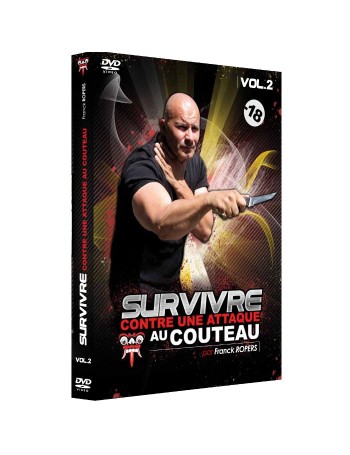 This numeric lesson from Franck Ropers is the second in a series about hand weapons.

Never seen before. ! In this second video, learn how to wield, attack, feint and defend like a professional knife-fighter.

In a real aggression, one successful attack with a knife can be lethal. This film was made for those who want to learn the truth about knife agressions and how to defend against them.

Inside, you will find:

This tutorial was created for those who want to learn the truth about knife aggressions. It includes…

-          Attacks that are impossible to defend against, even by experts