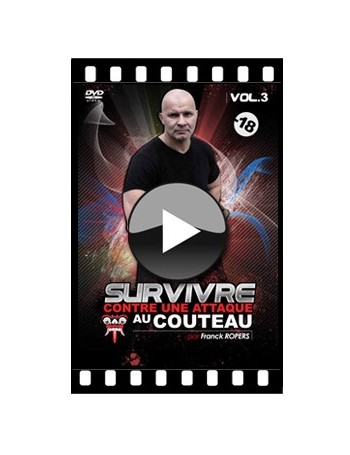 Expert level. This DVD is number 3 in this encyclopedia of short edged weapons. A level of quality unseen anywhere else.

In this third issue, you’ll learn everything you need to know about wielding, a knife, defending against one or feinting  against a staff, a knife, a machete and other edged weapons.

In the street, a single strike with an edged weapon can be lethal.

This DVD is aimed at people who want to learn the whole truth about knife agressions. It includes:

-          Human limits: what is really doable when defending against a knife.

-          Unblockable attacks, even by an expert street fighter

-          How to become unbeatable with a knife (unblockable attacks)